Tour in Europe: Indigenous voices and visions from Brazil

detailed programmeIndigenous peoples and territories can be allies and places of considerable importance to those who wish to understand and overcome the deep crises we are currently experiencing. In Brazil, First Nations are under attack on an unprecedented scale. Over 13 stops in 6 Western European countries, we invite you to a series of meetings, dialogues and actions with Daiara Tukano, Jaider Esbell, and Fernanda Kaingáng.

We are facing a global human rights crisis coupled with a gigantic environmental crisis. Brazil exemplifies them. It is currently experiencing a wave of setbacks: in gender relations, women’s rights, LGBTQ rights, labour rights, environmental rights and indigenous peoples’ rights. The latter are being attacked more than ever, and they are in a new way.

However, diverse alternative also emerge, ways of coping and surviving not only as a human species but as a form of life on the planet. They concern our livelihoods, the relationship between human beings and nature, the consequences of the anthropocene, major social and cultural changes.

What is the role of indigenous peoples in this panorama? As original peoples, ancient peoples whose cultures persist, as surviors, resilient in the face of a colonial process that has lasted more than 500 years, and in the face of ever wilder global capitalism and ever-increasing human rights violations.

We, indigenous peoples, never manage to detach ourselves from our territory, from our forests, because our relationship with our culture, our vision of the world, our spirituality, places us in another model of relationship with life and with everything that exists. This is why in Brazil, and in other parts of the world, delimited and recognized indigenous territories are also large spaces for the preservation of
environmental biodiversity, but also for the preservation of other cultures and ways of thinking.

Brazil has 305 indigenous peoples, speaking 274 languages. 65 of them are in voluntary isolation and are threatened with extermination by agri-businesses, forestry and mining companies. Most of Brazil’s indigenous languages have not been studied and appear in the UNESCO Atlas as endangered languages of the world.

Our cultural expressions, songs, dances, graphics, knowledge and practices of our masters -shamans, tuxauas, xamãs, kujäs- are appropriated and misappropriated by intellectual property « rights » without respecting free, prior and informed consent, or the fair and equitable distribution of the multimillion-dollar profits that the big corporations refuse to share.

We hope to be able to share this with you, to invite ourselves to build collective actions in co-responsibility for this diversity, for the « good life », freedom and human dignity, as well as for the dignity of nature. This is also about what we believe to be the idea of democracy, where the long struggle for rights are truly respected and where policies to protect them are implemented by the Brazilian State and by all States in the world.

We wish to share our visions of the world by using a variety of languages, broader than the langages of academia or of political movements: the artistic languages of visuality, gestuality and the presence of the indigenous body in space. A European space, historically recognized as the one of the cultures that colonized the world.

This provocation will allow us to reflect on scientific, cultural, market, warrior and political power relations… in our relations with others and life itself.

There will be three of us : Daiara Tukano, Jaider Esbell, and Fernanda Kaingáng. We work in various fields and bring a range of alternatives, activities and proposals. They provide a glimpse of human rights violations against indigenous peoples in Brazil, not only in the current context of the Jair Bolsonaro government but also from a longer historical perspective .

Our intention is to go beyond what is generally presented, by an approach to contemporary indigenous art, by the richness of the protagonism proposal, of the Brazilian indigenous cultural creation and
by an invitaion to discover the indigenous in the world, in its contemporaneity. Because we all exist at the same time. We are not creatures of the past.

We wish to discuss with those we will encounter about climate change and how the anthropocene, this shift in which human beings place themselves in a relationship of superiority over nature, leads us to current crises; with regard to natural resources, production models, impacts on the health of all living beings.

Let us invite a change, a transformation of this relationship, in favour of the good life so that we all, human beings, animals, plants, have rights and guarantees of dignity, health and also diversity, fundamental elements for a culture of peace on our planet. 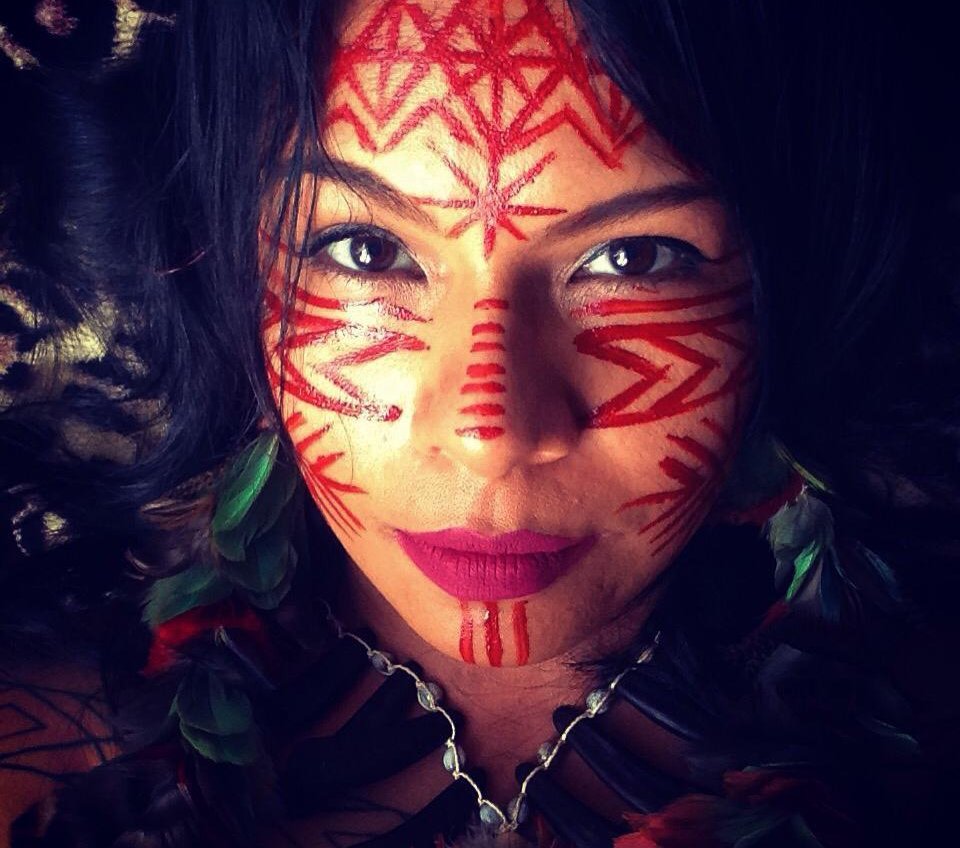 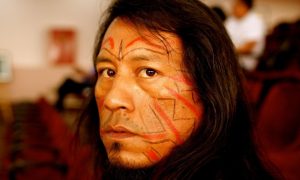 DATES & STOPS OF THE TOUR